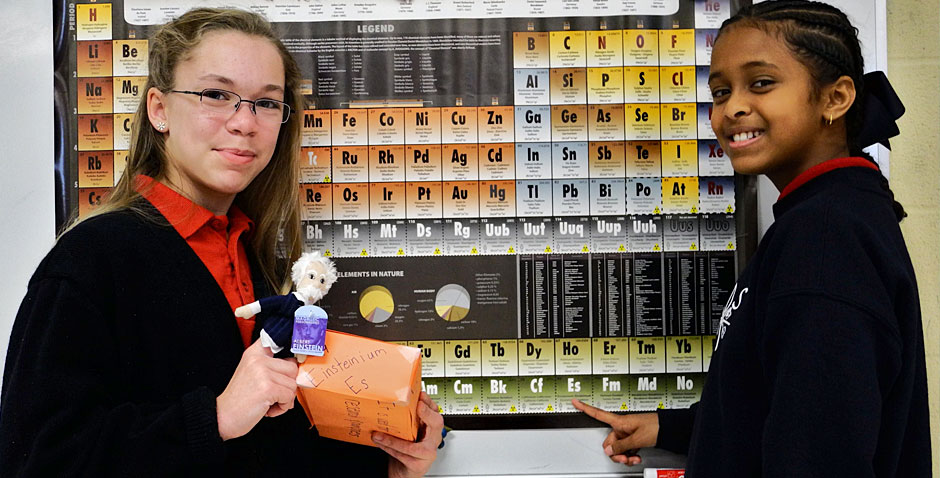 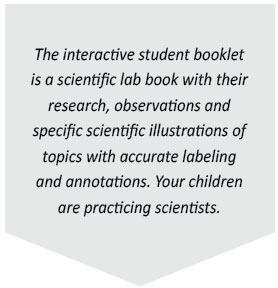 Every scientist was once a child.

Science K focuses on the children and their interaction with the world around them. We introduce all three main science areas of life, physical, and earth and space with more emphasis on life and physical science. 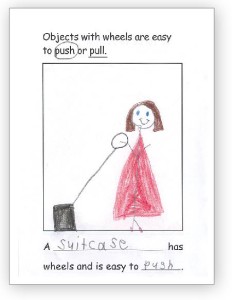 Strong emphasis is placed on topics that pertain to the early learner and what is important to them: the parts of the body, five senses, healthy habits, pets, characteristics of objects, how objects move, plants, living and non-living things, weather and seasons. 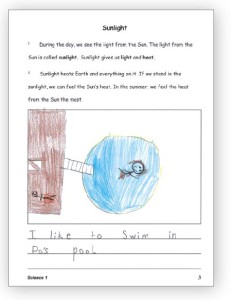 Science 1 focuses on the life sciences. Children at this age are focused on themselves and the world around them. The topics focus on stages of life starting with human beings, moving to plants then animals (primarily mammals), and ending with insects. The stages of life of all these are compared and contrasted, which makes for an easy transition from booklet to booklet. Science 1 also explores sunlight, water, and soil. 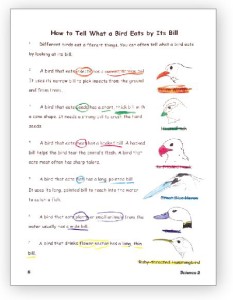 Science 2 focuses on the physical world. Children are becoming more inquisitive about the things around them and how things work. The lessons begin with living and non-living things with an explanation of matter. The properties of matter help to provide a lead into geology and characteristics of rocks. From here the lessons progress into how things move (force, gravity, friction, and work), which leads right into simple machines. The last part of the physical world covered is sound and light. From these concepts of the physical world, the children bring this knowledge to life science with lessons on birds. Not only are the stages of life readdressed, but also how the physical science applies to birds by discussing things such as how birds move, their beaks and how they use them, the sounds they make, and other physical characteristics of birds. 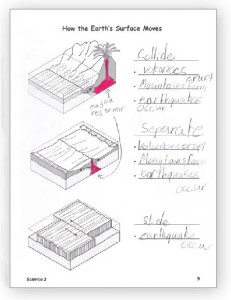 Science 3 starts with the big picture and moves to the child’s world. The lessons begin with our solar system and topics of the Sun, Earth, Moon and planets. From there the lessons introduce the Periodic Table of the Elements and teach the children about building blocks of the universe. This leads into how matter can be changed both chemically and physically. The states of matter are reintroduced and prepare the children for discussions about meteorology and the Earth’s atmosphere and water cycle. Moving on down from the atmosphere to the Earth’s surface, lessons introduce the continents, oceans, layers of Earth, tectonic plates, earthquakes, and volcanoes. Continually moving to the smaller scale, the next step is talking about how rocks are formed, types of rocks, weathering and erosion, and soil. After soil, lessons begin with plants and finish with animals. Discussion includes the interdependence of soil, plants, and animals, specifically seed plants and amphibians and reptiles. 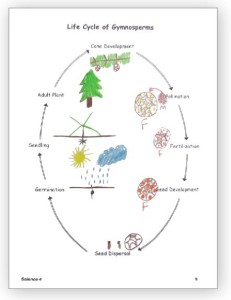 Science 4 focuses on organisms and their interactions as well as forms of energy. The emphasis is life science and physical science as lessons review and build upon topics taught in Science K–3. Life science lessons include introduction to cells and cell structures, botany (plants are examined and classified), characteristics of vertebrate and invertebrate animals, and ecosystems, including adaptations and behaviors of plants and animals. Physical science lessons explore energy, including kinetic and potential energy, sound, radiant energy, visible light, heat, and renewable and non-renewable energy resources. Introduction of electricity finishes the program with lessons on types of electricity and building series circuits, parallel circuits, and electromagnets. 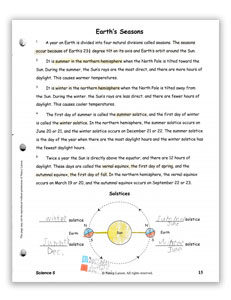 Science 5 focuses on the interactions of systems on a micro- and macro-scale. There is an emphasis on physical science and earth and space science in Science 5, as lessons review and build upon topics taught in Science K–4. Physical science lessons examine the structure and interactions of matter. There is an exploration of force and motion, plus investigation of tools and machines with research on the history and development of tools and the role of engineers. Earth and space science lessons provide a more in-depth look at our universe. Students will also examine the interactions of the Earth’s four major systems–geosphere, atmosphere, hydrosphere, and biosphere.